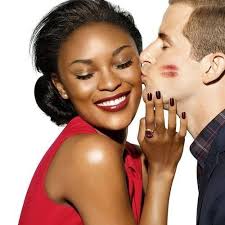 This past summer I was in the French Riviera with a group of amazing Back women traveling with Black Girl Travel. It was a gorgeous summer evening as a small sub group walked the city center after yet another delicious meal.

Soon this group of American Black women – professional, accomplished, beautiful – were approached by two handsome Frenchmen. One of the guys struck up a conversation with us. He shared with us that he was an astro physicist, like Sheldon Cooper, he joked. He had this beautiful smile and had a personality much more charming than the “Big Bang Theory” character he referenced and of course, there was the English he spoke with a flavored French accent. Initially we were all in on the conversation but he singled out a beautiful sister that is a chemist and part of our group. He was obviously interested and as their conversation lingered our remaining small group continued to saunter the French streets.

Maybe 15 minutes later, the sister that had had the brief solo conversation with this guy came over. We prodded her for information about the sexy Frenchman. “SOOOOO???? What happened?”

She looked at me incredulously. “So what? I don’t date them”.

If you had asked me when I was a fresh faced college freshman at the historically Black college Clark Atlanta University if I would ever consider dating anything other than Black men, I would have rolled my eyes and my neck so hard, my Janet Jackson “Poetic Justice” braids would have shook. I wasn’t ready.

I was all about the Morehouse man or the Tuskeegee brother. My friends even had a joke that if there was a Morehouse guy within a 5 mile radius, I was going to find him and make him mine.

But now, two decades later, I am still single. Many of those guys I dated chose other women – women that if he liked her, he couldn’t possibly like me. It came full circle at a wedding I recently attended with guys I have known since college. Of the four male friends, one married an African woman, one married an Indian woman, one married a light complexion Black woman, and one is still single and of questionable sexual orientation. I am none of those. It was limiting to pursue only these men as they had clearly pursued someone else.

But this isn’t about dating other types of men out of desperation. It is about opening your mind to all the options. Seeing all the men in the room. Not being so focused on melanin or lack thereof that you don’t see that you as a scientist have more in common with a French physicist than a man that may look like you but that’s about it. It is staying open to Idris and Omari but also Bob and Jose. I am convinced if I had always been this open, I would have been married years ago.

But Black women are loyal. I mean L-O-Y-A-L!!! Tina Turner had to change faiths and get her ass beat over a dozen times before she left Ike. Other women suffer abuse from men or stay in relationships that can only be described as crazy personified, but Black women seem to do it with a tenacious zeal. Let go my sister. Let go.

I get it. Race and women and the United States have a long tangle history that many a Spelman professor has expounded upon. It’s there, it’s real, and it’s complicated. But we all deserve happiness. We can’t carry slavery and beatings and Jim Crow into every new relationship.

I implore Black women to really look at what we consider an acceptable mate and how they may be limiting ourselves. Or we can stay within that rigid definition of acceptability and watch the years march on being solitary but loyal. 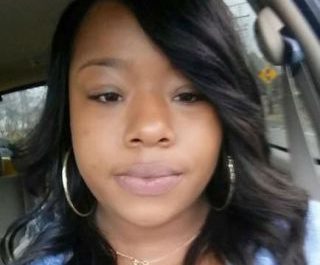